At United Nations General Assembly (UNGA) earlier this week, Turkish President Recep Tayyip Erdoan said that the Turkish Parliament would adopt the Paris Climate Agreement while making no concessions on the country’s climate change measures, which it has pursued since 2015. Turkey’s primary goal under the agreement is to reduce greenhouse gas emissions by 21 percent by 2030. According to experts, the imminent ratification will demonstrate Turkey’s commitment to international norms in the fight against climate change and will increase worldwide support for the country.

The country and 175 other nations signed the 2015 agreement in 2016, the year it entered into force, a year after the world community agreed on the pact. However, Egypt, along with other nations like Iraq, Iran, Libya, and Yemen, chose not to implement it, citing the fact that it was listed in the treaty’s list of developed countries. Due to Turkey’s designation as a developing nation, which means it would suffer a significant financial burden in executing the deal’s climate change commitments, Ankara regards this inclusion as unjust.

“Turkey wants to present the Paris climate deal to Parliament in October, in line with constructive initiatives and declarations of contributions,” President Recep Tayyip Erdoan informed United Nations General Assembly (UNGA). He had emphasized that the world’s attention should be focused on climate change since, in addition to being an environmental issue, it has the potential to have irreversible effects on the planet.

The pact, which is the world’s first comprehensive climate change agreement, compels countries that ratify it to limit global warming to about 1.5 degrees Celsius and to reduce greenhouse gas emissions to nil by 2050. These objectives can be met by lowering the usage of fossil fuels and shifting to renewable energy sources. Due to disagreements over how it should be implemented, all countries did not implement the agreement fully.

At the next United Nations Climate Change Conference (COP26) in early November in Glasgow, Scotland, the world community hopes to resolve these differences. It is going to be the first time that representatives from all sides of the agreement will meet for a broad review of the agreement. Turkey is anticipated to raise its expectations for the agreement’s status. When the country ratifies the pact, it will have access to the Green Climate Fund as well as additional money to fight climate change.

Professor Levent Kurnaz, head of Boaziçi University’s Center for the Climate Change and Policy Studies, said Turkey has been working hard to meet its pledges in the battle against climate change. Kurnaz said Anadolu Agency (AA) that the nation has vowed to reduce emissions by 21% if international financial resources are available to help them accomplish this goal. “It (has) already informed the United Nations about its plans to reduce emissions between 2015 and 2030. Turkey is already fulfilling its obligations. 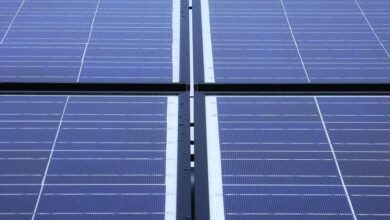