2 saints brutally murdered by rampaging mob in Palghar, Maharashtra! Know what happened after all

More than 100 people murdered two Hindu saints and their driver by lynching in the Casa police station area of ​​Palghar near Mumbai.

The police was also present when the incident took place on Thursday night but the crowd could not be stopped. Three of the deceased have been identified as Kalpvrikshagiri Maharaj, Sushilgiri Maharaj, and their car driver Nilesh Telagade, residents of Kandhivli in North Mumbai. These three were going to Surat, Gujarat to attend the funeral of someone from their car .. It is said that all three were beaten to death in the suspicion of theft ..! <! -

Two saints of Juna Akhara and their driver were brutally beaten to death by a mob of hundreds of people in a tribal dominated Gadchinchale village of Dahanu taluka of Palghar, Maharashtra. The event is late night on Thursday (April 16, 2020). As soon as the incident is known, there is deep resentment in the Sant Samaj, how two Mahatmas and their driver are killed in this way in front of the Maharashtra Police and the police remains a silent spectator.

Juna Akhara's 2 Mahant Kalpavriksha Giri Maharaj (70 years), Mahant Sushil Giri Maharaj (35 years) were going from Mumbai to Gujarat with their driver Nilesh Telgade (30 years) to offer samadhi to their Guru Bhai. Actually, Shri Panch Dasnama Juna Akhara 13 Mandi Ram Giri, a Mahant of the Mirzapur family, became Brahmin near Veraval Somnath in Gujarat. Both the saints were from Kandivali East in Maharashtra and were going to attend Gujarat's funeral for their Guru from Mumbai.

After the death of the Guru, suddenly some saints of the Mirzapur family were called there so that the tomb of Mahatma Ji could be established. Out of which two saints of the same tradition, Mahant Kalpavriksha Giri Ji Maharaj and the other Mahant Sushil Giri Ji, on their way from Maharashtra to Veraval in Gujarat, they were escorted by policemen of Palghar police station in Gadchinchale village of Dahanu tehsil in Palghar district of Maharashtra. Pass stopped

The two saints along with the driver were also asked to get out of the car and those people were seated in the middle of the road by the policemen, it is said that around 200 people of the village suddenly gathered there. This village and area is tribal dominated.

It is also being said that both the saints and the driver of the juna arena were handed over to the tribals in a way out of fear by the police and this mob, in front of the police, killed them with sticks and stones. Both saints and the driver were brutally murdered. You can see the presence of policemen in the video footage available so far. Seeing the mob lynching, the police themselves are crying. In such a situation, the role of Maharashtra Police is also considered suspicious.

According to local sources

It is also being quoted from some local media reports and local sources that during this visit of the saints, the police stopped the vehicle in this tribal dominated village and started questioning the sadhus sitting on the road and during this time the suspicious condition in the village In this rumor was blown that all these children are thieves. It was just such a thing that the village saints broke sticks with spears, spears and furs.

When the 'religious-dominated' tribals started killing these sadhus, the Maharashtra Police ran away and left the sadhus dead. Later, these dying sadhus were taken to the hospital for food, where they were declared dead by doctors. It is also being said that this incident was also carried out for the purpose of looting. A video footage also shows the crowd climbing into the saints' car and looking for something.

Suspicious role of police and villagers

As you can also see in the video that when they are being brutally beaten up by the mob, not only is the police present there, but in one video, the police themselves bring the saint Kalpvriksha Giri Maharaj out of the police post and then in front of the crowd It seems like she is leaving in a helpless condition. Even after beating the crowd, there is no action of the police. However, the policeman himself appears to be escaping. Otherwise, in the presence of the police, at least saints would not have been killed in this way.

Mahant Narendra Giri, President of the Akhil Bharatiya Akhada Council, on Sunday condemned the brutal killing of two sadhus of Juna Akhade in Palghar district of Maharashtra and warned against the Maharashtra government if the killers were not arrested immediately. The movement will be done. The president of the Akhada Council, who is migrating to Prayagraj, said that two sadhus were allegedly killed by people of a particular religion in the presence of police in a village in Palghar district of Maharashtra, in the presence of police. . He said that Akhada Council has expressed its opposition by talking to the Senior Superintendent of Police of Palghar over the phone and demanded the arrest of the accused.

Mahanta Giri said that after the lockdown, Akhada Council will meet in Haridwar and formulate a strategy for the movement. He warned the Maharashtra government that if the government did not take action against the killers, then all the meetings would be held and they would concede the movement against the Maharashtra government. He appealed to the devotees to go in limited numbers while going to the Samadhi for any sadhu who was deaf in lockdown.

Directing the state governments to give relief in lock-down in these areas while following social distancing.

The impact of Ramayana: Today's children start talking about food and food instead of mother and mother 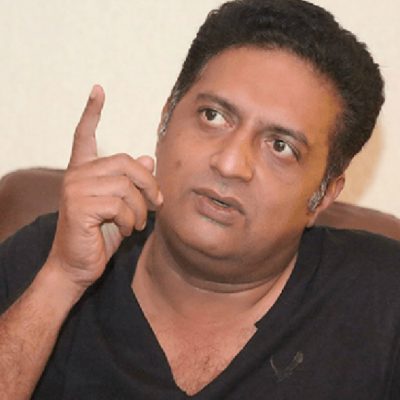 Like UP and MP, will Nitish Kumar bring Bihar students trapped in Kota?