For this, Sardar Patel Stadium (Motera Stadium) is almost ready. In this stadium, there will be a 'Chem Chop Trump' program for US President Donald Trump. Trump and PM Narendra Modi will also inaugurate the newly built Sardar Patel Cricket Stadium.

The Motera Stadium, spread over 63 acres, has been constructed at a cost of about 700 crores. There is a seating arrangement of 1.10 lakh spectators from Australia's Melbourne Stadium to the larger Motera Stadium. LED lights have been installed at Motera Stadium. Parking of 4 thousand cars and 10,000 two-wheelers has been arranged in the stadium. The stadium also has three practice ground club houses, Olympic size swimming pool and indoor cricket academy. In addition, 75 corporate boxes have been built. A metro line has also been brought near the stadium to facilitate movement of spectators.

Let us know that the present Prime Minister and the then Chief Minister of Gujarat, Narendra Modi, while dreaming of the President of Gujarat Cricket Association (GCA), dreamed of building the world's largest stadium in Motera. This is called Modi's Dream Project. Before the movie slap, these films have shown domestic violence with actresses, this is how… 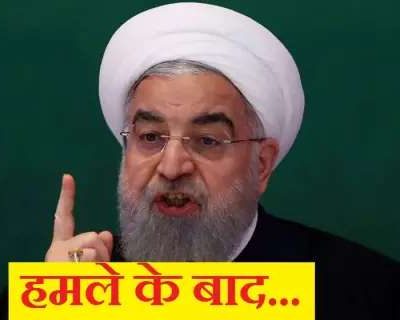 Iran's strong statement for India after attack on US bases, said if …

This Bollywood film is very boring, no one wants to watch ..