In the parking lot of its North Little Rock headquarters, the Arkansas Department of Energy and Environment lately built an electric vehicle charging station. Today’s Power Inc. (TPI), a renewable energy firm, built the public station at the 5301 Northshore Drive. TPI President Michael Henderson stated, “We want to encourage the use of electric vehicles.” “It is critical to have the infrastructure in place in order to expand the adoption of electric vehicles. We’re excited to work with Arkansas Department of Energy and Environment on this project, which will serve as a model for expanding electric vehicle infrastructure and fleet usage in Arkansas.”

According to Jennah Denney, TPI’s manager in charge of the marketing and public relations, the project took roughly three months to complete. The duration takes to power an electric vehicle varies depending on the vehicle, but the Level 2 charger may deliver between 25 to 40 miles of range for every hour, according to Denney. A 200-mile-range vehicle with a low battery may be charged in around eight hours.

Each charger features two ports, allowing for simultaneous charging of two vehicles. At the charging station, a total of 6 vehicles may be charged at the same time thanks to the six ports. The public charging station, according to Denney, provides free charging.

The Arkansas Department of Energy and Environment is going to cover the cost of the chargers with federal funds from the State Energy Program, which will total $60,979. Separate from the federal program, the state agency set aside $215,563 for the Electric Vehicle Supply Equipment Rebate Program, which is financed by the Volkswagen Settlement with the United States Environmental Protection Agency. Other Arkansas state organizations, localities, and businesses are eligible to apply for funds.

“The Arkansas Department of Energy and Environment’s electric car charging rebate program has been a huge success this year, with over 50 chargers constructed and operational around the state,” said Becky Keogh, cabinet secretary. “With an extra $215,000 in the financing, E&E hopes to commence the program’s second phase in January 2022. These are crucial measures in getting Arkansas ready for electric vehicles. We want others to join us in strengthening Arkansas’ transportation infrastructure to make it easier for those who prefer electric vehicles to live, work, and visit the state.”

With the Paris Agreement, Turkey will step up its fight against climate change 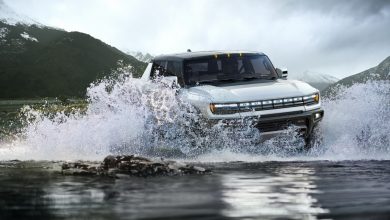