The Space Force’s technical arm, SpaceWERX, aims to award various contracts for the first segment of an Orbital Prime program, which focuses on the on-orbit services, as soon as February. Orbital Prime, an endeavor to bring government and commercial money into the developing OSAM sector (abbreviation for the on-orbit servicing, assembly, and manufacturing), received further details on November 4 from SpaceWERX authorities. The aim, according to SpaceWERX director Lt. Col. Walter “Rock” McMillan, is to pick a minimum of one team to do an on-orbit demo of active debris cleanup within the next 2 years.

“It’s a really aggressive schedule,” McMillan stated during the official launch of Orbital Prime on an online forum. On November 17, a request for proposals will be posted. Companies must partner with academic or even nonprofit institutions to bid for Orbital Prime contracts. This is a condition of the Space Force’s Small Business Technology Transfer (STTR) program, which is funding Orbital Prime.

Teams can compete for $250,000 in Phase 1 awards and $1.5 million in Phase 2 awards. If one of the teams is chosen to participate in an in-space demo, the government will cover a portion of the cost. Orbital Prime, according to McMillan, is not a standard “program of record,” with the goal of “getting excitement within this area, getting commercial capabilities pushed into this area so it may potentially be an area that we genuinely commercialize.”

“We want to do our share in addressing space congestion,” McMillan added, “beginning with active debris removal.” “And our goal is to energize academics and small enterprises to help us handle some of our most difficult OSAM concerns.”

Requirements for teaming are very strict.

STTR contracts, which are less flexible than typical Small Business Innovation Research (SBIR) contracts since they compel corporations to share work with colleges or organizations, are being used by the Space Force for this project. The research institution must perform at least 30% of the work, and intellectual property sharing contracts are essential.

According to Lt. Col. Brian Holt, who works as the program co-leader at AFWERX, many firms have established technologies in all of these areas, therefore SpaceWERX is optimistic that a demonstration can be pulled off in two years. He stated, “We’ve talked to a number of firms, as well as a lot of businesses feel they can do this in 24 months.” This might be a demonstration of not only how to de-orbit a defunct satellite, but also how to clean up space by recycling materials and repurposing them for the in-space manufacturing, according to Holt. 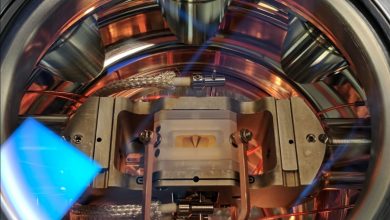