Orbit Fab, a venture-backed startup that provides space refueling, announced on October 13 that it has struck a technology-sharing deal with the US Air Force Research Laboratory. Orbit Fab will disclose technical information about its in-space refueling port dubbed as RAFTI, abbreviation for Rapidly Attachable Fluid Transfer Interface, under the cooperative research and development agreement (CRADA). The product is being sold to military, intelligence, as well as commercial satellite operators by the corporation.

In exchange, the Air Force will assess Orbit Fab’s refueling technologies, provide advice on designs and requirements, and make its facilities accessible for testing and validation, according to the company. “Orbit Fab will be able to bring its products to market for both defense and commercial enterprises as a result of the information exchange.”

Customers will be able to access propellant tankers in space, according to Orbit Fab’s business model. It recently launched its first tanker into low-Earth orbit. Last month, the business announced that it would send a far larger tanker into geostationary orbit. According to Adam Harris, Orbit Fab’s vice president of business development, the collaboration with AFRL “would lessen the risk necessary to provide refueling to the DoD (Department of Defense) space assets.”

Orbit Fab is an “early leader for the in-orbit refueling, allowing significant extension of the space vehicle lifetimes, improved in-orbit mobility, and novel mission concept choices,” according to Karl Stolleis, the AFRL program manager. The capacity to benefit from expanding the reusability of the space assets is a critical strategic opportunity for the AFRL.”

The US Air Force has awarded Orbit Fab $3 million in contracts to flight certify the RAFTI refueling port. Orbit Fab, which was founded in 2018, is situated in California but has lately announced plans to relocate to Colorado. Defense contractors Lockheed Martin and Northrop Grumman are among their backers.

Orbit Fab sees a robust in-space market for services and products that support both established space businesses (Earth observation and communications) and emerging industries such as space tourism, manufacturing, and mining. They provide a constant supply of the satellite propellant in the Earth Orbit, increasing the operating potential of new and current space assets and providing satellite owners with unparalleled business model flexibility. Satellites’ future is no longer constrained by the fuel they use to launch. They give satellites the fuel they require, when and when they require it, allowing them to achieve feats never before imagined feasible.

The United States Air Force Materiel Command’s AFRL (Air Force Research Laboratory) is a scientific research agency dedicated to advancing the development, discovery, and integration of the aerospace warfighting technologies, preparing and implementing the Air Force science as well as technology program, and offering warfighting capabilities to US air, space, and cyberspace forces. It is in charge of the whole Air Force science and the technology research budget, which in 2006 totaled $2.4 billion.

Before the launch of Crew-3, the astronauts from Crew-2 will return 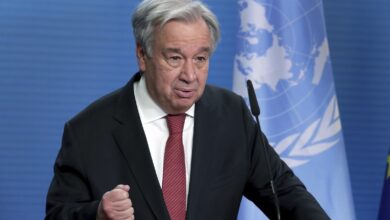 Iceye is now a member of the Copernicus Earth-observation Program